Skip to content
Previous Next
Total Canadian Debt Interest Costs and Who REALLY Runs the Bank of Canada?

Total Canadian Debt Interest Costs and Who REALLY Runs the Bank of Canada? 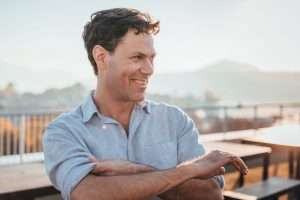 Ever wonder why Canadian governments have high annual debt costs?  I’ve often heard people try and explain these costs away by saying that “It’s ok! We’re just borrowing from ourselves!”

Indeed, if that were the case, why the annual emphasis on balancing budgets and why would organizations like the International Monetary Fund get involved if a country goes insolvent?

How do you go insolvent to “yourself”?

To whom does the Canadian government/Canadians pay national debt interest?  This question usually stops people in their tracks.

The information that follows was surprising to me and more than frustrating to consider.

BTW…I’m not claiming to know everything on this subject…but the information available from credible sources and the government’s own statistical outputs makes this subject a worthwhile inquiry.

Apparently, based on the Bank of Canada’s founding mandate, in use from 1934-1974, the Canadian Government is legally bound to provide deficit financing for Canada’s federal and provincial governments at zero or near zero interest   Any interest charges received are deposited back into the general revenue fund for future government expenses such as education, health care, roads, infrastructure, etc.

Does the Bank of Canada operate this way today?

Ok, so if we are not borrowing at zero or near zero interest, how does the Canadian government finance its deficits?

As you will see in this article, this type of borrowing activity, against the Bank of Canada’s original mandate, limits our ability as a country to provide citizens with affordable services, infrastructure and support due to the debt burden created from compounding interest.

We fill the coffers of international banks for the simple service of creating money out of thin air and Canada is charged compound interest for this “service”.  The Bank of Canada’s original mandate gave us the right to create our OWN deficit money…at zero interest.

Why would the government allow this larceny to continue?

Sadly and to the detriment of all Canadians, according to StatsCan, Canadian provincial and federal governments spent $60.4 billion of taxpayer money servicing interest charges to private international banks in 2020.

This annual interest amount is growing like a parasite as governments run epic deficits and compound interest accumulates unabated. 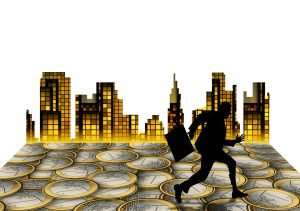 What Could $60 Billion/year buy Canadians?

On December 8, 2022, the National Post printed an article called “The Largest Misallocation in Canadian History” citing that $32 billion was lost as a result of misallocated COVID money.  The article railed against the Trudeau government for mismanagement resulting in the country’s greatest boondoggle to date.

The National Post made its point by listing a variety of Canadian government expenses that could have otherwise been paid with the lost $32 billion.

Any yet the Canadian government is potentially dishing over $60 billion in interest charges ANNUALLY to a cohort of private banks?

For a service that the Bank of Canada could carry out independently…at zero cost?! 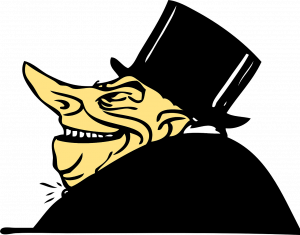 THE BANK OF CANADA’s ORIGINAL MANDATE

The Bank of Canada came into existence in 1934 and since 1938 has been a public central bank, mandated to lend to the Canadian federal and provincial governments.  From 1938-1974, the Bank of Canada injected zero-interest, debt free money, spent directly into the Canadian economy, to fund Canada’s heroic war effort, assist veterans on their return from the war, construct the Trans-Canada Highway, St. Lawrence Seaway, airports, subways, bridges, fund pensions, family allowance, education and health care.

Canada was a very competitive country during this time; strong manufacturing, innovation, standard of living and low to reasonable inflation.  Government subsidized infrastructure made doing business in Canada easy and affordable.  The US grew and prospered under the exact same type of mixed economic system.

After all of these successful projects and programs, by 1974, the total Canadian federal debt was only $18 billion dollars.

What happened next is something that is not easy to learn about and is also very triggering to those who intend to keep things the way they are currently.  In other words…keep the money rolling out of Canada while compounding the interest costs.  Result – the Canadian debt will never be paid off. 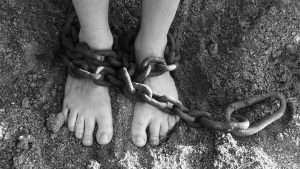 Jack Biddell (accountant with Clarkson-Gordon, the first commissioner on the federal anti-inflationary board representing the province of Ontario and the chairman of the Ontario Inflation Restraint Board), supplied data showing that Canada’s debt was low and sustainable from 1867-1974.  In 1974, as mentioned above, the country’s total debt was only $18 billion.

As soon as Pierre Elliot Trudeau stopped running the Bank of Canada with its original mandate and instead resorted to borrowing from international banking, the country began a massive accumulation of deficits.

The 90% figure will be slightly lower in 2022/23 because Justin Trudeau, between 2019-2022, has run $457.3 billion in deficits, plumping our debt and further indebting the nation to the international banking cohort. 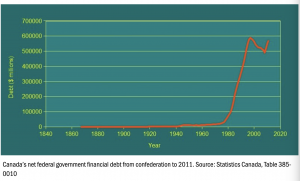 It’s no accident that mortgage debt and consumer debt also exploded at this time.  With government interest payments flowing into bank coffers worldwide, bankers ability to lend for mortgage and consumer purposes went parabolic through fractional reserve lending.  The economies of the earth became “financialized”.  This allowed wages to stagnate yet the population be able to afford to live and buy the latest junk, imitating prosperity.

According to Rocco Galati, Canadian constitutional lawyer, this arrangement means that foreign private bankers are dictating to Canadian public servants including the Minister of Finance, what our public central bank can do.

The current operation of the Canadian central bank, according to Galati, is against the law and runs contrary to the Canadian Central Bank Act.

When a case of this importance is ignored by the media, the Canadian opposition parties are a charade and the judiciary won’t touch the subject despite it’s potentially illegal nature, what do you have? 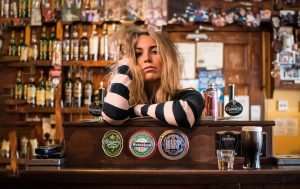 If total debt service costs are now $60+ billion annually and according to Stats Can, interest debt service charges amount to 7.4% of every dollar of tax revenue received, then every tax dollar collected from Canadians for the first 27 days of each year goes directly out the door into the coffers of a cabal of international banks.

Unfortunately, that 7.4% is only the number in 2020 when interest rates were artificially low.  Today’s costs will grow as interest rates rise and our governments continue to run stellar annual deficits.

If interest rates return to the levels experienced in Canada in the 1990’s, our noble governments could again be paying out 35 cents in interest charges for every dollar of tax revenue received.  That means every Canadian tax dollar collected from New Years Day until the 7th of May could go to servicing an unnecessary debt.

Compounded interest operates like a cancer or a parasite.  It grows until the host crashes under the weight of its requirement or abuse.

Unfortunately, the trajectory of the compounded interest of Canada’s debt is getting larger.  With this continued arrangement, private banks will siphon ever more taxpayer dollars to their capital accounts and out of the Canadian productive economy.

We live in a country with constitutional supremacy, not parliamentary supremacy.  The fact that the Canadian judiciary deferred this back to the Parliamentarians reeks of conflict of interest, fear and…treason?

REFERENCES – cause you can’t make this shit up.

PS – One of my hobbies is blogging about mortgages, debt and government policy.  During the day I’m a MORTGAGE BROKER in Kelowna, BC! 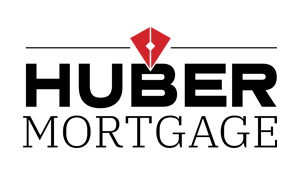 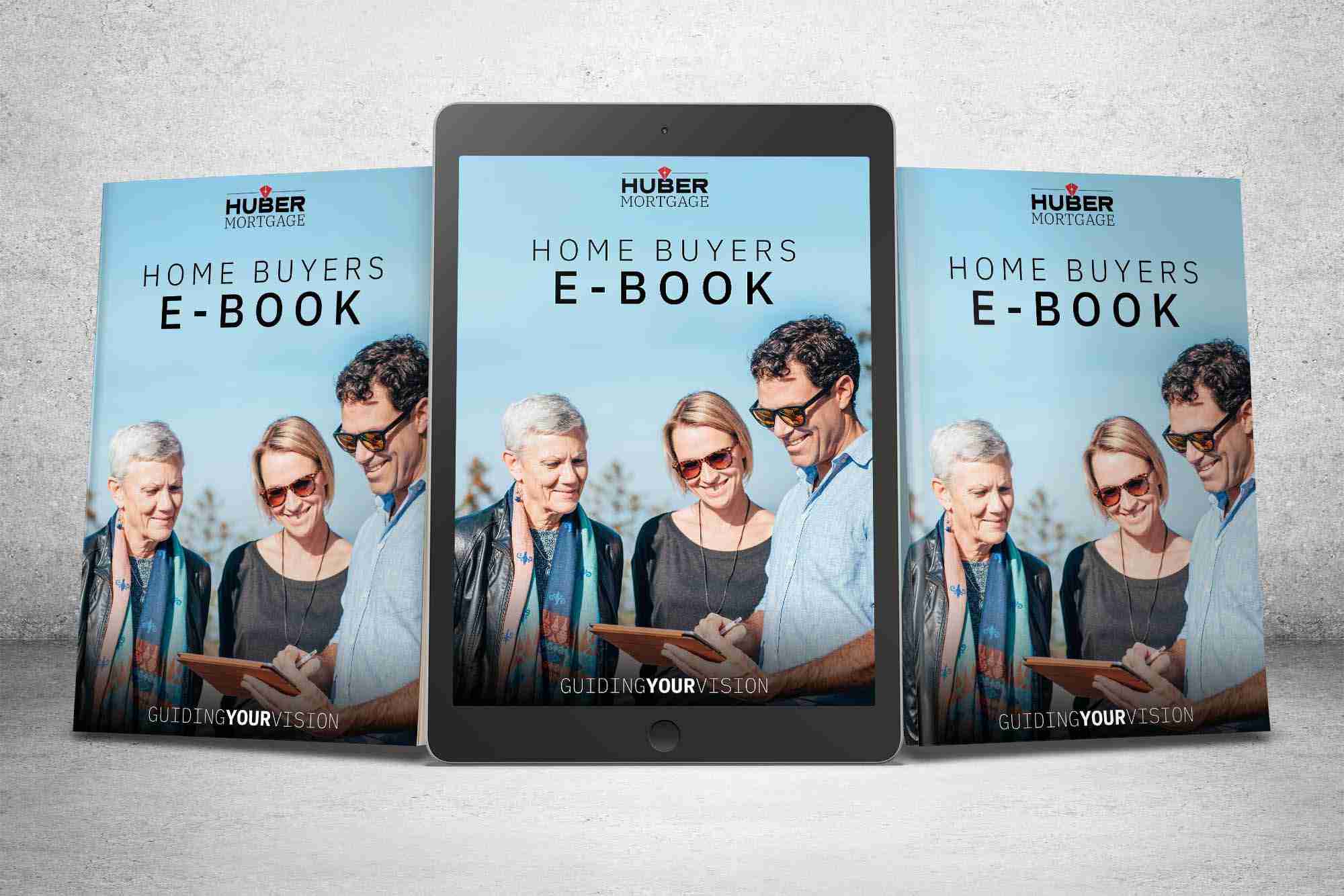